Power Step, Inc. was founded in 1982 and as of 2018 is primarily located in Superior, Wisconsin.  Our facilities include our main operation in Superior, as well as a branch in Duluth, MN.

Check out the area at www.visitduluth.com.

The idea for the powered safety step access system was first conceived in the 1970’s, in Bismarck, North Dakota.  With new construction and mining equipment becoming increasingly larger in size, it became more and more difficult for operators, both young and old, to climb safely on and off of the machines.

Eventually the Mine Safety and Health Administration (MSHA) began releasing industry statistics indicating increased equipment access problems, citing that one third or more of all reportable accidents in surface mines were attributed to slips and falls from equipment.

The powered step was developed as a safer means of access for operators on large machines.  Some of the original prototype applications of the powered step in the late 1970’s were on graders, dozers, and haul trucks.  These original units were tested in the coal mines of North Dakota and Wyoming.

In 1978, the U.S. Bureau of Mines, which was then conducting mine safety research, became involved in the testing and demonstration of the powered safety step, under MSHA’s recommendation.  Several units were purchased by the Bureau of Mines and installed on different types of mining equipment for long-term evaluation and testing, goal of accident reduction in mines.  The in-mine testing and demonstrations were successfully completed in 1980.  Acceptance of this safety innovation was very good by all of the mines involved in the testing.

Power Step, Inc. was then founded in 1982, with the goal of further developing the Power Step product line and promoting the concept in other mines and on other types of machinery.  At that time, numerous design modifications were made to the original design to make the product even more reliable and long-lasting in the mining environment.  In fact, some units that were installed on mining machines in 1982 are still in operation today.

Beginning in 1999, the Powered Truck Stair was developed for large haul trucks.  This system is designed to allow operator easy access from the ground to the bumper level on the trucks, eliminating flexible cable steps that were common on most trucks.  Utilizing this system, Power Step models have been developed for most haul trucks, with new models always in the works.

In 2005 and 2010 Powered Ladder systems were developed for other front end loaders and tracked dozers.

Beginning in 2011 Powered Stair systems have also been developed for many types of front end loaders with rear bumpers heights from 40” to 90”.  Models are now available for most machines.

In 2016, Power Step has added the XStep model, for applications on mid-range tracked excavators.  This unique new unit has an integrated deck and ladder system.  The new XStep eliminates climbing on tracks to access the operators cab.

Today, Power Step products are in continuous use in most of the largest coal mines in the U.S., as well as most of the country’s copper, gold and taconite mines.  Customers also include surface mines in Canada and numerous other countries.  Additional applications are also being found on sand and gravel and industrial equipment.

Power Step, Inc. continues to be customer driven – meaning product development has always been at customer request with increased safety and efficiency in mind. 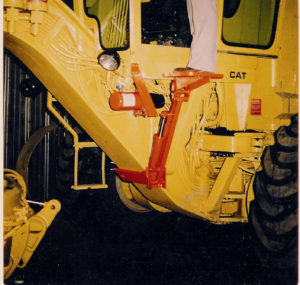 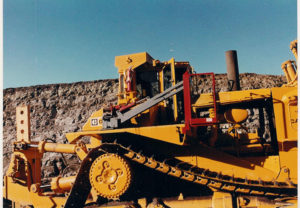 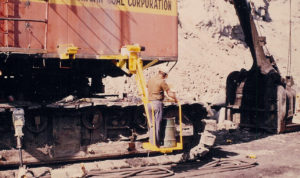 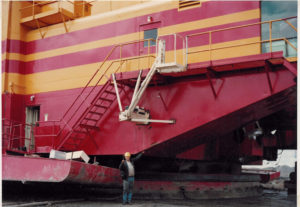 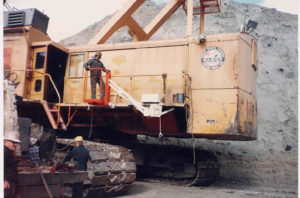 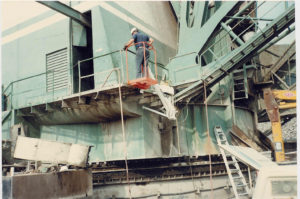 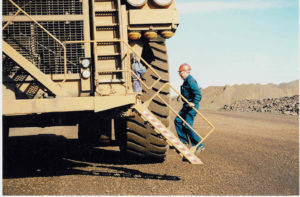